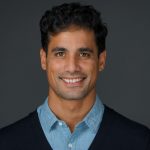 Socrates Rosenfeld is a West Point graduate and a combat veteran who served as an Army Ranger and Apache helicopter pilot. He is also a graduate of MIT’s Sloan School of Management and founder of iheartjane.com, an online cannabis marketplace.

In the Army, every time we returned from a combat mission our Apache helicopters were meticulously inspected, cleaned and repaired before again being deemed “mission ready.”

However, when it comes to the men and women who operated that equipment returning to civilian life, we are largely left to our own devices to navigate the “reset” process on our own.

It isn’t that the Army doesn’t have a process that covers this – the military is well known for its standard operating procedures, or SOPs, that cover everything from basic firearm maintenance to counter-insurgent tactics.

But the construct of the human psyche is infinitely more complicated than even the most sophisticated piece of military equipment. There’s no manual or checklist to navigate the human experience of returning home from war. Only the soldier knows what that feels like. And thus, only the soldier can heal himself or herself.

After years of lobbying by veterans, Colorado adds PTSD as medical marijuana condition Veterans Affairs Secretary David Shulkin says MMJ “may be helpful” but hands tied by federal law. These 6 groups help vets get access to medical marijuana American Legion calls on Trump to take cannabis off Schedule I to help vets. In Texas, veterans and conservative Christian moms rally for medical marijuana. After completing combat deployments and returning home, many veterans face challenges reintegrating into everyday life, including developing regular sleeping patterns or connecting with loved ones, and we find few options to assist us in truly healing ourselves. Some veterans are left feeling like there is no escape from the mental and physical anguish of post-traumatic stress disorder (PTSD), an ever-present adversary that follows many of those who have served. And for our veteran brothers and sisters who suffer from symptoms of PTSD, prescription opioids and suicide are too often seen as the only ways to alleviate the pain.

It should come as no surprise, then, that an estimated 20 veterans a day decide to take their own lives, according to a 2016 Veterans Affairs report. Beginning in 2012, suicides surpassed combat as the leading cause of death in the military, USA Today reported. Tack on Centers for Disease Control statistics showing that the general population averages 91 deaths a day from opioids, a common and highly addictive treatment for PTSD, and it becomes obvious that this country has a major issue that it has yet to adequately address for our service members.

Minnesota and Colorado added PTSD in 2017 as a medical marijuana qualifying condition.

All too often, painkillers only serve to mask the symptoms of depression and PTSD that can result from the injuries and experiences of our men and women in uniform. These service members deserve every form of support required to address and heal their wounds, so they can find peace and enjoyment in life after leaving the military. For many of us, that peace and tranquility has come through the use of cannabis.

I’ve witnessed firsthand that cannabis is a promising alternative to opioid prescriptions for veterans suffering from PTSD and other physical and emotional issues. After leaving the Army at age 29, I consumed cannabis for the first time and knew instantly that it had the potential to help me step back from the isolation I felt, reconnect with loved ones, and regain a sense of balance and well-being. It has had a profound impact on me physically, mentally and spiritually. Cannabis allows me to maintain presence in stressful moments and view myself with self-empathy and non-judgment — something that did not come naturally for me and a sentiment I’ve heard echoed by many of my fellow veterans.

What studies are available show positive trends when access to the alternative treatment of cannabis is available. In states where the plant has been legalized, hospitals have had an average 23 percent drop in hospitalization for opioid painkiller dependence and abuse, and an average 13 percent drop in opioid overdoses, according to a 2017 study by the University of California-San Diego published in the journal Drug and Alcohol Dependence. Patients suffering from chronic pain who consumed cannabis were 64 percent less likely to report opioid use, reported a better quality of life, used fewer medications and had fewer side effects, according to a 2016 study published in The Journal of Pain. Both studies, while promising, did note further research is needed to validate findings.

Civilians and veterans alike can benefit from the many medicinal properties of cannabis, but in order to advance our current knowledge base we must push for an expansion of research and development programs. More specifically, our veterans are faced with unique challenges and experiences, and the only way to understand exactly how cannabis can improve their lives is through military-focused studies. Yet federal restrictions continue to stifle research efforts.

Just last March, a federally approved study examining the efficacy of smoking cannabis in treating PTSD had a setback after Johns Hopkins University pulled out without enrolling any veterans. The administrator of the study, the California-based Multidisciplinary Association for Psychedelic Studies (MAPS), and the Baltimore university reportedly feuded over federal drug policy, and whether to openly challenge rules that such research must rely on marijuana grown solely for the National Institute on Drug Abuse. MAPS has pledged to continue the study at a private lab in Arizona, but the loss of the renowned research university that could draw on Maryland’s large veteran population is a major blow. Our veterans deserve better.

I’m proud to have served with some of the finest Americans of our generation, and now I feel it’s my duty to do everything I can to provide them with safe and secure access to a product that helped so much with my own path to healing. As an Apache helicopter pilot providing air cover and support, I made it my mission to understand everything I possibly could about the needs of the troops on the ground, who I was entrusted to protect. Now, as a civilian, I’ve spent similar energy studying the benefits of cannabis, and the more I learn about this incredible plant, the more I recognize the benefits it can bring to millions of Americans — veterans and civilians alike.

The budget for our military remains a political talking point. We are overdue for the allocation of some of those resources to be spent in ways that bring veterans’ healthcare to the same level of sophistication as our weaponry, including funding additional studies to look at cannabis use for service members grappling with myriad physical and mental challenges.

Our service men and women are more important than any piece of equipment in the nation’s military arsenal. We veterans deserve the freedom to openly communicate with our doctors about cannabis, to have the research available for making informed decisions with our medical teams, and the freedom to choose a holistic, legal and natural path to healing, especially when compared to dangerous and highly addictive opioids.

It’s time we are provided with a means to find peace, heal ourselves and become “mission ready” for the next chapters in our lives.